A Volunteer’s View of NSR

Here’s a little something a new volunteer, Matt France from Swansea Uni Canoe Club has written about volunteering at National Student Rodeo. Between River Legacy and Luucc an awful lot of hard work and time goes in to making NSR a success year after year, it was extremely heart-warming to read this and reminds us all why we give up our annual leave, skive off lectures or just give our time to make events like this possible. If you’d like to volunteer with us in future, fill out the volunteers form at http://padl.es/helplegacy. It’s a long read, but it’s worth it, so thank you Matt

“The last time you heard from me it was all about the Dart Dash. Well this time, it is about something very different and yet just as fun. You all know of it but you know nothing about it. They call it NSR!

What you do know about NSR is that it is expensive to go and that it involves play boating and a competition. The truth is that there is so much more to it than that. Unfortunately there were only a few Swansea members that had the money and time to invest in NSR and so people should direct their questions to them to find out about the competition and safety shenanigans. However this is not a story about kayaking but a story about volunteering, making friends and having a good time.

So it all kicked off on the Wednesday where River Legacy rocked up in Nottingham and started putting up the party marquees, barriers and carpeting fields, helped by Phil and G. After a brief Wednesday of essay writing and road tripping, Nick and myself also arrived in Nottingham ready to help. A pizza, alcohol and a game of cards against humanity later and off we popped to the land of dreams in preparation for some hard work the next day.

As we dragged ourselves from sleep to the delicious smell of bacon and coffee, plans were draw u as to what needed doing and who was going to get it done. Everyone set about their chores, building a bar, setting up a kitchen and doing the lighting. Everyone was routinely called away to help with the numerous delivery of food, alcohol, tables, chairs and heaters. Bit by bit everything started to come together. Bins were delivered and fire extinguishers were strategically placed. Somewhere in the day there was lunch made by the brilliant kitchen crew before carrying on with the jobs that needed to be done. Lets just say it was a long day and for those in charge, pretty stressful! In the evening, dinner happened and everyone sat down for the ‘staff party’ and a well deserved drink.

Friday morning was, as you say in south east Aisa ‘same same but different’. More breakfast, more deliveries, more barriers being put up and carpet being put down. The main part of the day for a few of us was building the stage, whereas others started preparing dinner for the numerous NSR competitors and party goers. After lunch, porter loos and a tent for the bouncers were set up and finally the heaters were filled with diesel to warm the marquees for the evening’s party.

The party started slow, with the different university’s arriving at random times throughout the evening. I feel it is worth mentioning the fact that we met a university (can’t remember who) that took the competition side a bit too seriously and ended their night at 10 in order to get a god nights sleep. I don’t think they would make it very far in SUCC. By the time the last university arrived, the bar staff were already working at full whack with no end in sight. Needless to say that whenever a member of staff finished their bar rota, they sat down for a well deserved drink! Loud music, lots of drinks and a bit of dancing led to a memorable end of night for pretty much everyone.

Saturday rolled around with a nice lie in. Volunteers got most of the day to themselves as the evening preparations were due to start at 15:30. Most of the morning was spent nursing hangovers before walking to the HPP whitewater course. We got chatting to a few of the people on the stands that were there getting some good advice on kit, free doughnuts and cans of red bull. After watching what can only be described as the most carnage I have seen since the battle of the Ogmore, we too decided to give HPP a go, demoing a few different boats. If you want to progress at your whitewater play boating then I cannot recommend this course enough. The waves are nice and surfable and the holes hold you just the right amount. Super fun! Anywho, 15:30 appeared on our watches so off we went, back to work. Christmas decorations were hung up all over the tent (did I mention that it was christmas themed?) and food was made ready for the 5 o’clock dinner schedule. As people turned up for food, we found ourselves submerged by the number of people asking for a glass of water. Swimming is thirsty work. Due to this major influx of thirst fuelled contestants, we decided to fill jugs full of water so people could serve themselves. This then turned into a game. The different jugs of water were labelled as containing ‘free water’, ‘water for £1’, ‘egg nogg’, ‘special brew’ and ‘man-up juice’. The people looking really worn out always went for ‘man-up juice’, no one went for ‘egg nogg’, ‘special brew’ got a disappointed look each time and people only went for ‘water for £1’ when ‘free water’ was empty, although they only served themselves when the bar staff wasn’t looking and never gave £1.

When dinner was over, the tables got packed away (shout out to the people that helped without being asked). After that there was an NSR film competition. Films had been submitted by university’s and independent participants and were watched by everyone on a projector. Needless to say, it was really good fun and there were a few films that stood out (at least to me) as being super kickass. I feel the need to mention the one made by Aber, Aberdeen and the Rob Crowe Show and if they read this can they please put the videos up on the SUCC group because everyone needs to watch them.

Anyway. After films had happened, people left to get into their most bestest christmas outfits while the staff put the benches away. Once this was one it was party time!! As the volume of the music increased, so did the number of people surrounding the bar in the search for alcohol. As a group costume, Bristol uni would have won any competition if there was one, they went as the full nativity, it was amazing. Prize for the single best outfit though goes to baby jesus… An Image I am not likely to forget anytime soon. Working on the bar, my most memorable moment was when a lad from Aberdeen paid with Scottish monies. After giving him his change and taking the order of the lady next to him I the preceded to give her the required money back. This of course involved said Scottish money. She then gave me a very sour look and said ‘what is this, this isn’t real money’, to which Mr Aberdeen man and her got into quite a funny argument (thanks Mr Aberdeen man). Well, lets just say that after my bar shift, I went in search of drink and friends and unfortunately (or fortunately) found a bit too much of both. I think I had a shandy bass too many. After a good few hours partying we realised it was 4 in the morning and decided to go and investigate the camp site to see who else was up and about but everyone had passed out from tired-ness or more probably, from an alcohol induced coma.

Well lets just say the wake up on Sunday morning was a tough one. With a pounding head and severe lack of motivation we had a quick breakfast around 10:30 and got cracking with cleaning all of the party mess, taking up the carpet, dismantling the bar and stage, cleaning the kitchen. Again, a brief lunch was had then we carried on taking down fences, emptying overloaded bins and re-loading a van full of benches and tables. As the day went by we lost volunteer after volunteer as they all had to get home for work the next day and each had different driving times. (It is probably worth mentioning we didn’t have many volunteers to start with on the Sunday so it was all the harder to find the hungover motivation needed). Well. At 6 pm we called it a day with pretty much only the river legacy marquee to take down (although I am sure there was a lot more to it as there always seems to be). A few of us then went for a pub dinner before heading home as others went straight to bed for a much needed sleep.

Lessons learnt: Volunteers work their socks off for you and never get much of a break. A 10 minute job is never a 10 minute job. NSR is was more fun than I have ever been told. If you go to volunteer, help out, don’t just go say you will, it is hard work and an extra hand is worth a lot.

Special thanks: Ben, Ben 3, James, Simon, G, Adam, Phil, Nick, Yay, Yas, Rob, Zakk, Rach, Richard. Along with all the other peeps who worked on the bar and volunteers who were in the kitchen and everyone else who I forgot to mention and everyone from River Legacy. NSR would not be what it is without you.

Booties owed: From what I saw, an awful lot of people but for the sake of: Aiden, I don’t know who you are but you had your name on the back of your helmet and you swam like a bitch.

Would I do it again? Yes

Why? Awesome fun, awesome people, hard work but well worth the reward! 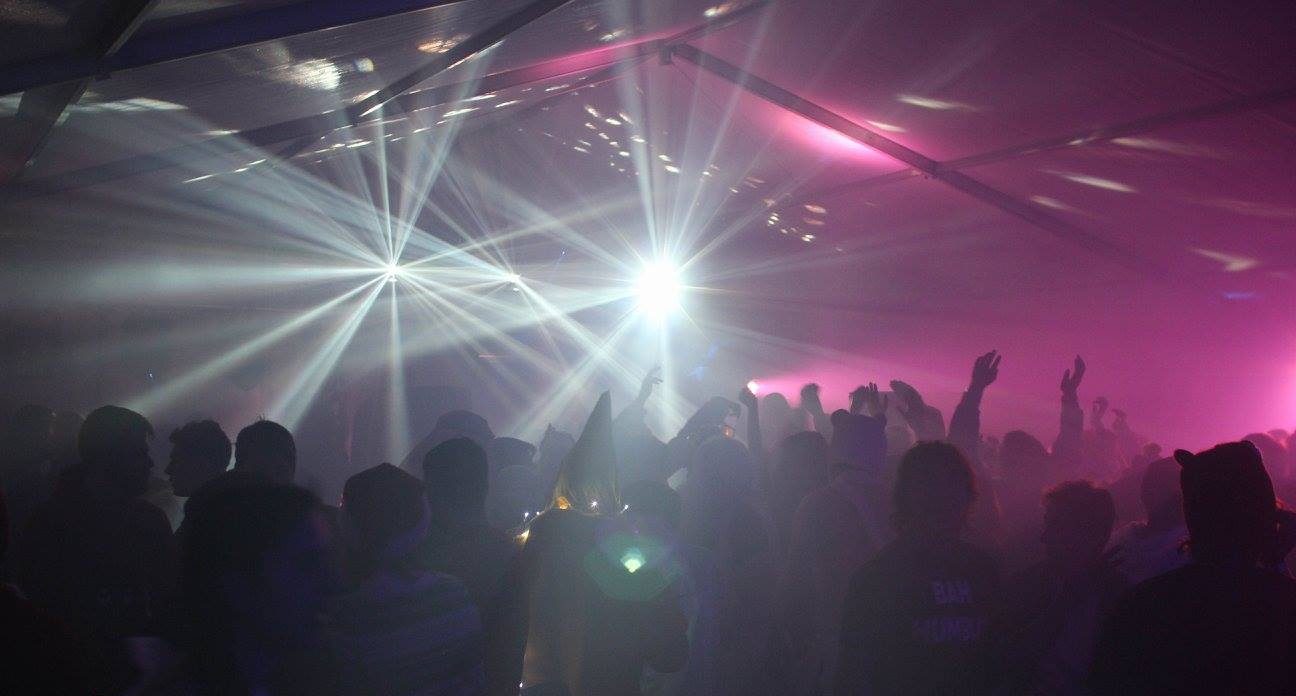 River Legacy is a charitable trust which organises events through out the UK to raise money to provide facilities, support and funding for paddlesports in the UK.